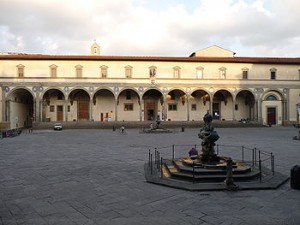 1. Its design was inspired by an orphanage in Florence, Italy.

The first widely acknowledged Renaissance building in Europe, the  Ospedale degli Innocenti orphanage of Florence, was the inspiration for the design of the Gota de Leche building. Elements like the semi-circular arches, the tondi (circular reliefs) depicting babies, and the rounded columns are evident in both buildings. Yet perhaps the most obvious similarity between the two buildings is how they were designed to receive and nurture small children.

2. Its construction has been cited as an exceptional and a successful adaptation of Italian renaissance architecture in a tropical setting.

While it looks distinctly European, the building was built so that it is well suited to the country’s tropical climate. The building features open rounded windows near the ceiling that allow warm air to go up and cool air to remain below. Huge capiz-embedded shutters can swing out completely to let the breeze in. A front yard with a fountain has been transformed into a vegetable garden to provide additional ingredients for nutritious meals.

3. Instead of being demolished, the Gota de Leche building was restored to its full glory to keep the milk of human kindness flowing. 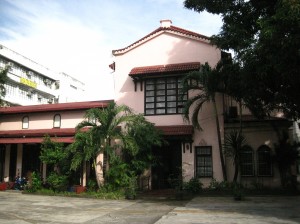 With its surrounding buildings and houses being bought out and demolished as real estate value in the area skyrocket, Gota de Leche has become a shining example of the importance of heritage structures and the value of historical buildings as an alternative to demolition. Visitors can see its completely intact original wooden ceilings, mouldings, carvings, and exposed truss work.

Gota de Leche’s president and respected heritage architect Augusto Villalon headed the building’s restoration on the principle of authenticity. Necessary changes were made to acknowledge contemporary needs. Overall, however, the materials, construction skills, and conservation process were faithful to  the vision of the building’s original architects, Juan and Arcadio Arellano.

4. It is a multi-awarded institution.

The building received an Honourable Mention by the UNESCO Asia Pacific Heritage Awards for Cultural Heritage Conservation in 2003. In August 2014,  the National Museum of the Philippines declared the Gota de Leche building as an Important Cultural Property. That it is a fully-functioning heritage site that literally opens its doors to those in need (indigent children and mothers, and those displaced by Typhoon Yolanda) deserves another kind of award, entirely.

5. It has become the site for important meetings, concerts, tribute ceremonies, and even telenovela shoots.

The Gota de Leche building is open for important functions and social events, given that it has an impressive legacy and is beautifully restored. Beyond its history, though, it’s become a favorite site for fund-raising concerts, important milestone gatherings such as the Feminist Centennial, and even location shoots for local television drama series like Juan de la Cruz.

So the next time you want to soak up a bit of heritage and history while helping to spread the milk of human kindness, why not put Gota de Leche in your itinerary? 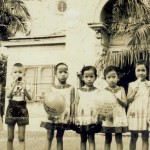 Once upon a post-war Philippines at the turn of the 20th century, the nation became afflicted with a mysterious malady. The people experienced a debilitating…

The Gota de Leche team, along with partners from Igorota Foundation and Sunlife Foundation, made their way back to Brgy. Lubo, Kibungan, Benguet on May…